Halloween is a very different occasion for adults and kids. Children see the magic of Halloween through experiencing one night completely different to any other, while adults generally don’t experience this wonderment, having seen it so many times before. That being said, there’s one thing that adults and kids will always have in common: dressing up.

Although some people enjoy putting together costumes that strike fear into the hearts of even the most courageous, others look to pop culture for a little more inspiration. A huge percentage on Halloween costumes in the 21st century are now based on fictional characters, whether it’s an evil villain from a Disney film, a heroic storybook outlaw, or even Japanese anime cosplay. 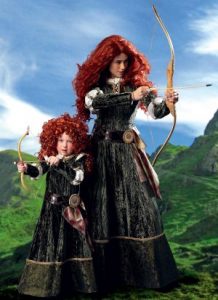 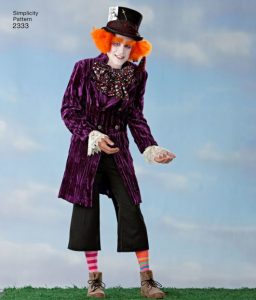 Halloween means transforming yourself into something else for the night, whether it’s scary, hilarious, or really adorable. This your chance to bring your favourite motion picture to life, step outside the pages of your beloved childhood book, or create something weird and wonderful in celebration of the eccentric. If you’re a little stuck for ideas, we’ve put together a list of 10 fictional Halloween costumes for adults and kids. Who will you channel this Halloween? 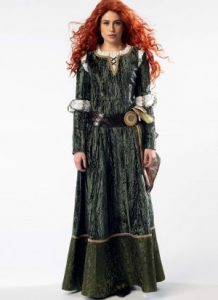 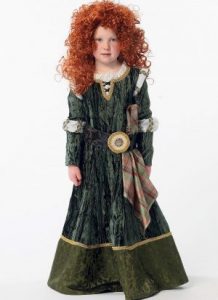 Everyone loves a fantastical adventure film – kids and adults alike. Perhaps the biggest hit in 2012 was Disney Pixar’s Brave, which saw Merida, a courageous Scottish princess, on a quest to go her own way in life – but encountering a catastrophic curse. If you want to discover the true meaning of courage this Halloween, check out this McCall’s pattern for adults and kids. Your costume’s fate lives with you; you’ve only got to be brave enough to see it. 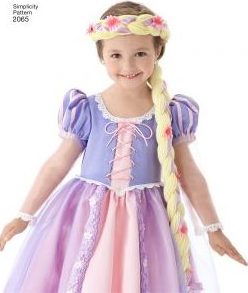 From a defiant daughter, to a captive teenager; next up, we have Disney’s Tangled. This age-old tale is based on the German fairytale of Rapunzel, published in the 19th century by the Brothers Grimm. But there’s no helpless damsel in distress in this modern twisted tale, moreover a feisty teen seeking freedom. If your empowered little girl’s looking to go on a whirlwind adventure like Rapunzel, this Simplicity children’s pattern may just help. 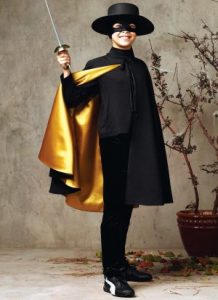 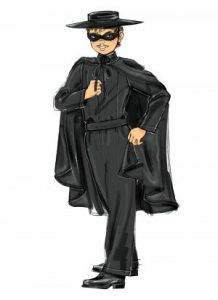 At the rise of pulp fiction in the early 20th century, came Zorro: a Castilian outlaw born and raised in California with a mission to defend the people from tyrannous villains. This mysterious masked man is not only a written character, but he was also adapted into a fictional film in the late ‘90s. If your kid would like to become this century-long success story for one night only, create them a cape and eye mask using this KwikSew pattern, or an entire Zorro costume using this McCall’s pattern. Minus the pencil moustache, of course. 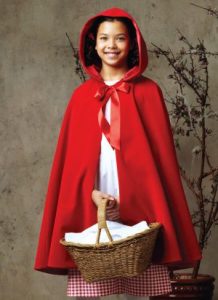 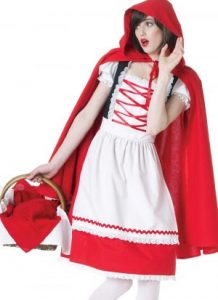 Another classic fairytale featured on our list is none only but Little Red Riding Hood. This European twisted folk tale sees a hooded girl venture to her grandmother’s house, only to be tricked by a dressed-up wolf. It’s a childhood story of nightmares – perfect for Halloween! If your little adventurer would like to become this cloaked wanderer (minus the gruesomeness), stitch together a red hooded cape using this KwikSew children’s pattern, or an entire Red Riding Hood costume using this McCall’s pattern. You could even make a matching outfit for yourself, too! 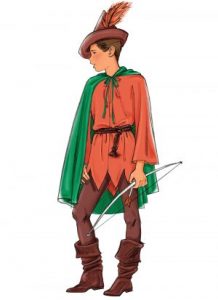 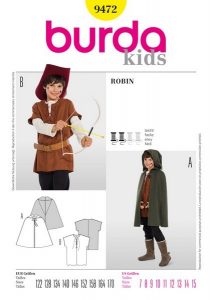 From Little Red Riding Hood, to Robin Hood – we’ve definitely got a classic theme going on today. Robin Hood is considerably less hooded, but boy does he have style. This heroic young outlaw famously stole from the rich to give to the poor; his tale told throughout the ages in English folklore. If you’ve got a hero in your life who needs a costume to suit, this Butterick pattern and this Burda Style pattern will make different interpretations of the costume for the little man, while this Burda Style pattern will make one for the grownups. 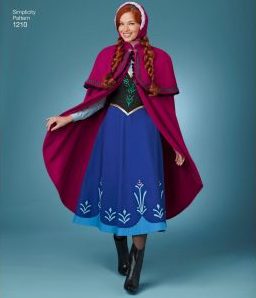 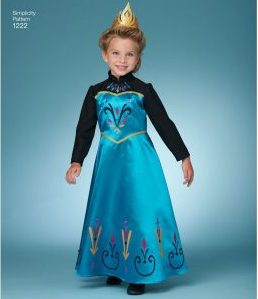 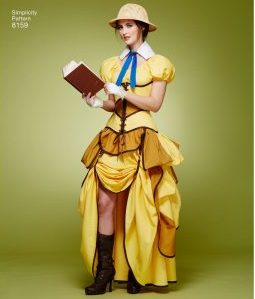 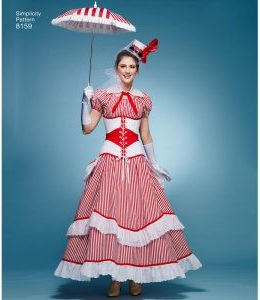 Cosplay is incredibly popular at the moment, widely seen throughout comic conventions across the world. But what actually is it? Cosplay is simply the words ‘costume’ and ‘play’ put together. So, ‘cosplayers’ dress up as Japanese anime and manga characters from films, comics and games. If you’ve got an anime-loving teen who wishes they could join the copay craze, this Simplicity pattern and this Simplicity pattern will help you get on track. 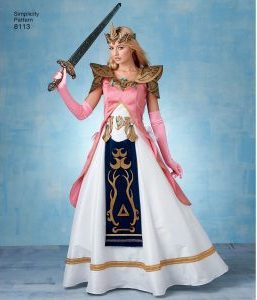 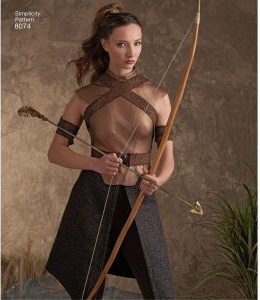 Gone are the days of the princess being saved by her knight in shining armour. Today’s women are empowered, strong and independent – and now you can let the world know through your choice of Halloween costume! Whether you want to become a world-class archer with body armour to suit, or a foam sword yielding princess with a majestic belt and crown, this Simplicity Warrior pattern and this Simplicity Princess Warrior pattern will transform you into your own hero. 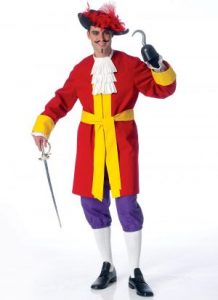 Does Peter Pan have you and the little one completely hooked? In the spirit of Halloween, it’s time to forget the do-gooders and go straight for the baddies. Captain Hook is one of Disney’s most notorious villains, featuring a distinctive hook instead of a hand. If you know someone who’d like to become this fictional antagonist for the night, create them a captain costume using this Simplicity costume, or a Captain Hook imitation outfit using this McCall’s pattern. 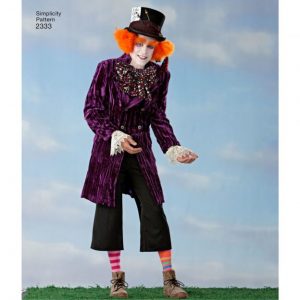 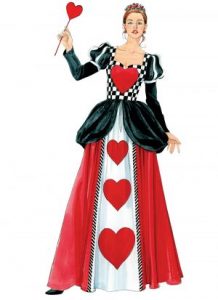 Alice’s Adventures in Wonderland was originally brought to life in the mid-1860s, but oh boy has it evolved since then. Most recently, we’ve seen Tim Burton’s quirky CGI adaptation of the classic fantasy story, centred on the Mad Hatter searching for his family. If you’d like to become Burton’s interpretation of this wacky character, look no further than this Simplicity pattern. However, if you’d rather have an excuse to scream “off with their heads!” at everyone around you, this McCall’s pattern will help you to make the story’s main antagonist: the Queen of Hearts.