The time of the year has arrived when three types of attitudes emerge about Halloween costumes. While some people overflow with excitement, maybe even creating their DIY costumes months in advance, others are uncertain. For those dreading Halloween and the thought of picking out or creating a costume, there is hope. 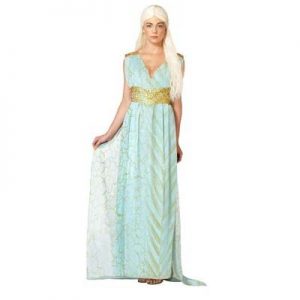 Websites like CostumesGalore.net and Fantasycostume.com offer costume rentals that decrease the guilt of purchasing an overpriced costume, only to have it sit in the depths of your closet, never to be used again. Buying or creating a costume is also an option and despite the DIY reputation, it can be easy and affordable.

Convenient locations all over San Diego such as Party City and Halloween Spirit have really ramped up their costume selection this year, offering an array of extraneous items like hilarious super hero pet costumes. Trending costumes for adults are endless this year, from funny to dramatic. Group costumes are especially trendy and most categories can also be done solo by picking one character.

Here is a round of the Top Halloween Costumes of 2015.

Star Wars is not only an enormous topic this year, what with the new movie emerging soon, but Star Wars is a classic. With rentals available online and in store at most Halloween store destinations, this costume idea is so simple and easily doable. Get your friends or family together and dress as Yoda, Darth Vader, Luke Skywalker, Princess Leia, or any of the numerous characters the movie offers. We found this sexy Princess Leia at Party City.

Has Taylor Swift ever been as talked about as she was year? Her Bad Blood music video is the ultimate group costume idea. All of the characters in her video have their own theme and are all equally cool, making room to contemplate which friends would be assigned to certain characters. You’ll probably have to make your own, but there’s plenty of DIY tutorials out there to get your Bad Blood boiling. 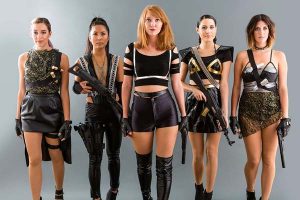 If you have a flair for the dramatic, Game of Thrones offers so many characters that can be portrayed. Any medieval costume works for this idea and Halloween stores even have accurate character costumes to make it easy for you if you want to pay more attention to detail. This Jon Snow costume is available at Spirit Halloween stores.

A Mad Max costume will help you channel your inner post-apocalyptic god or goddess. Pair together leather, skull accessories, desert goggles, cuff bracelets, combat attire and create a wind blown look to execute this costume. If veering toward the ethereal look of the “Wives,” it’s as simple as purchasing some nude bandages to wrap around the body to create the look of a dress or set. We found some great ideas at Mad Max Costumes.

As long as constant remakes of previous superhero movies and TV shows are being made, superhero costumes will not be out of style anytime soon. With male and female characters, this category is one that can be found anywhere. Superman, Wonder Woman, Batman, Cat Woman, and even couples costumes like Harley Quinn and the Joker will be thriving as usual this Halloween. Check out this Batman costume at Costumes Galore.