As the mayors of the Lower Mainland crowded around to discuss how to move people and vehicles around these crowded parts, Saturday morning showed “fast traffic” in Stanley Park. 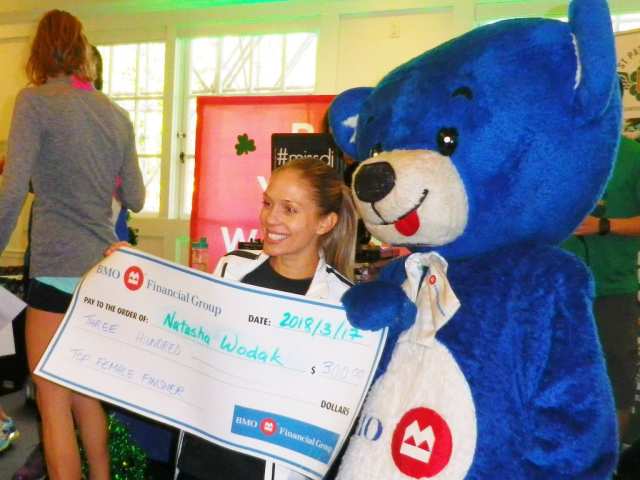 Natasha Wodak won one of the cheques for 5K on Saturday in record time. If you are a runner, you can appreciate how fast this is. The last uphill mile in this popular event in Stanley Park can break many dreams for the best personal results. Alas, I don’t even dream so fast!

But wait – for what sounds like a deepwater ad – 75 players in more than 1,400 games have heard of completing the game in 17 minutes. The game organizers Karen Warrendorf and Steve Martina stated earlier that they would like to see a one-fifth obstacle.

Levi Neufeld of Trinity Western University claimed that this is an amazing 4:12 fastest mileage bonus. He eventually won sixth place. Of course, for most contestants, the biggest attraction is the running party. Anything green and weird has become a mandatory dress to do this special racial justice. Saturday’s game fell on St. Patrick’s Day, which made it even more special.

One Vancouver-loving costumer, Tillman Von Drind, said that when his big goblin hat hit the tree in the last corner of the game, his shot in raising the 5K PB was weakened. 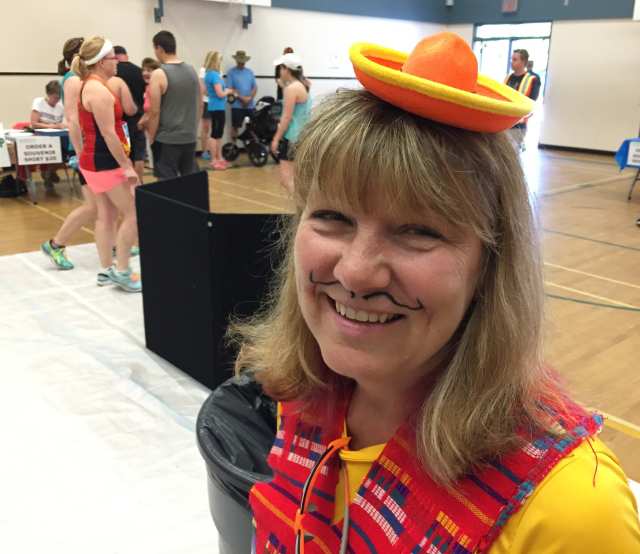 The individual was Jim Wallin of North Vancouver, which was one of many success stories of the day. For all results, click here.

Debra Kato of West Van Run Crew took many wonderful pictures while wearing her fun clothes, but the highlight was that she pretended to cry.

Flattering will leave you everywhere Debra… but if you want to see all her fun, funny photos, click here!
Brenda Kerslake, Gord Kurenoff and Debbie Elliott won the championship at the Ald Grove Regional Park on Saturday and Langley cooperated with the Aldergrove Sun Run InTraining clinic.

As Ms. Kato correctly pointed out, I did not participate in the Stanley Park on Saturdays, but the alert still quickly began participating in the annual Sun Run InTraining between St. Patrick’s Day and the Langley and Aldergrove Consortium in the Aldergrove Regional Park.

You really got the most popular male award – there are several competitors but no bribe judge! – But more importantly, the sisters Brenda Lake and Debbie Eliot were voted best dresses.

I have been training with these fantastic GALA for more than four years, and during this time they have made great progress in the clothing sector. Elliot is now one of the respected Langley leaders and once mocked me for dressing up. She thinks the costume is for Cheap Halloween Costumes or children, but it is completely absurd for running.

In fact, Eliot used to call me a frustrated clown. “He must have ripped off Bozzo’s worst clothes.” The boss made me accustomed to hearing such irony!

Bob Eliott, who once used to run a clothing frown, changed her thinking and her game dress. Vistas running in Maple Ridge last year didn’t even have a theme!

Now Eliot is the person who pushes the topic to run or seek a way out. In May of last year, she ran Vistas Run in Maple Ridge. Wearing a wide-brimmed hat and cloak, she dressed her PNE donut as a donut. She dressed up as a cowgirl, superhero, Valentine’s Day, Power Ranger. And Mighty Mouse. Every week, she shows wild tights and some fashion accessories at training clinics. Anyway, running has a theme and she dresses up anyway!

“You created a monster, Gordon. Now, she’s dressing us all up,” said Kerslake, who will celebrate his birthday on Saturday. “Sometimes we have to go the other way because we look stupid. We tried to tell her that not all things must have clothing, but she is really obsessed. She may need the same help as Gord!”

On Monday, I will talk more about Langley Aldgrove’s workouts and focus on Dennis Nikolato, the coordinator of the veteran Ald Grove Clinic. He said that he never likes to run before his wife Joanne “bridges” the Vancouver Suns to run 10K.

Now he likes it – even dressed in Cheap Halloween Costumes!