The Church of England has just done another stupid thing. Seniors, including Archbishop Justin Verbibi, are supporting the attempt to draw children from the temptation of Halloween to the “Bright Party,” where they can share “interesting activities” in the church. Participants are advised to wear superhero costumes instead of dressing up as “horrible witches and ghosts.” “Now,” the church claims, “most people think that you can’t fight evil with evil – you can only fight evil by doing good deeds, and goodness always wins.”

This is actually not true – most people in the world today are obviously very happy to return evil for evil, otherwise they will not act like them. What is more serious for the church is that this plan completely misses the dangers of reality and evil. If Halloween has any meaning, it is to let the children play with small and safe fears and dangers. They like this, as if they feel what the world will have for them when they grow up.

In the stories they like, the attraction to danger is obvious. One of the striking things about Harry Potter books is that good people have a bad thing, and most evangelical literature lacks realism. If you compare them to CS Lewis’s Narnia books, Potter’s book is even more dangerous for heroes. Lewis is more concerned about the dangers inside. His heroes know that as long as they act correctly, they will win; in Harry Potter, as in life, there is no such guarantee. 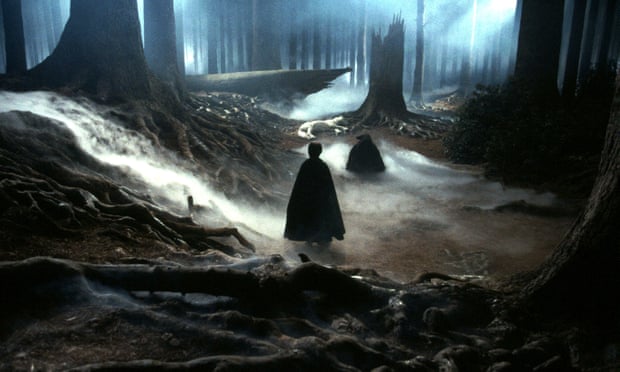 In a strange way, this makes Rowling more religious than Lewis, because if supernatural has no horrible edge, then it is not worth disturbing, unless Halloween is a dark festival, it is just a sweet marketing opportunity – Sellers.

Pretending to be a bit disturbing. The difficulty for evangelical Christians is that some of them are really frightened by clothing. Some evangelicals value the idea of ​​a child dressed as a witch or a wizard, and the Evangelical Alliance website provides them with a variety of pamphlets that use candy to explain that Jesus is the true light. world. It is almost a pity that the old-fashioned hell and cursed comics have made the children completely dressed up in hell and have disappeared.

The entire English church is not that stupid. But it has a special difficulty. It wants to look normal. Its members, or most of its members, also hope to look normal; part of the mainstream of British society. But now fewer and fewer people find that religion is normal. This can motivate evangelicals: they want to be distinguished from the sinners around them. However, historically, this is not the culture of the Church of England, which is a church in English, and the church steeple is only part of the rural landscape. Language and biblical characters are only part of the English self-understanding. Even the arc of British history is understood as the continuation of the Bible: English is in some sense the chosen person of God.

Given this confidence, Halloween is not terrible. But it has disappeared. Children no longer learn Christianity from their families in the same natural way, and now the children are taught “goodwill forever to win”. The church no longer has folk religions – these rituals do not have religious beliefs at all, such as weddings and funerals. It is not even superstitious. Gwyneth Paltrow has nearly 2.8 million Twitter fans, and the Archbishop of Canterbury has about 130,000.

Therefore, it is no longer able to instill daily rituals in everyday life through something more strange and important. One answer might be to make your own ritual and copy the horror behind Halloween in Christian terms, and then a little creepy hope for all Soul Days; but it takes courage and imagination. The management of “Bright Party” is also mediocre and weird.